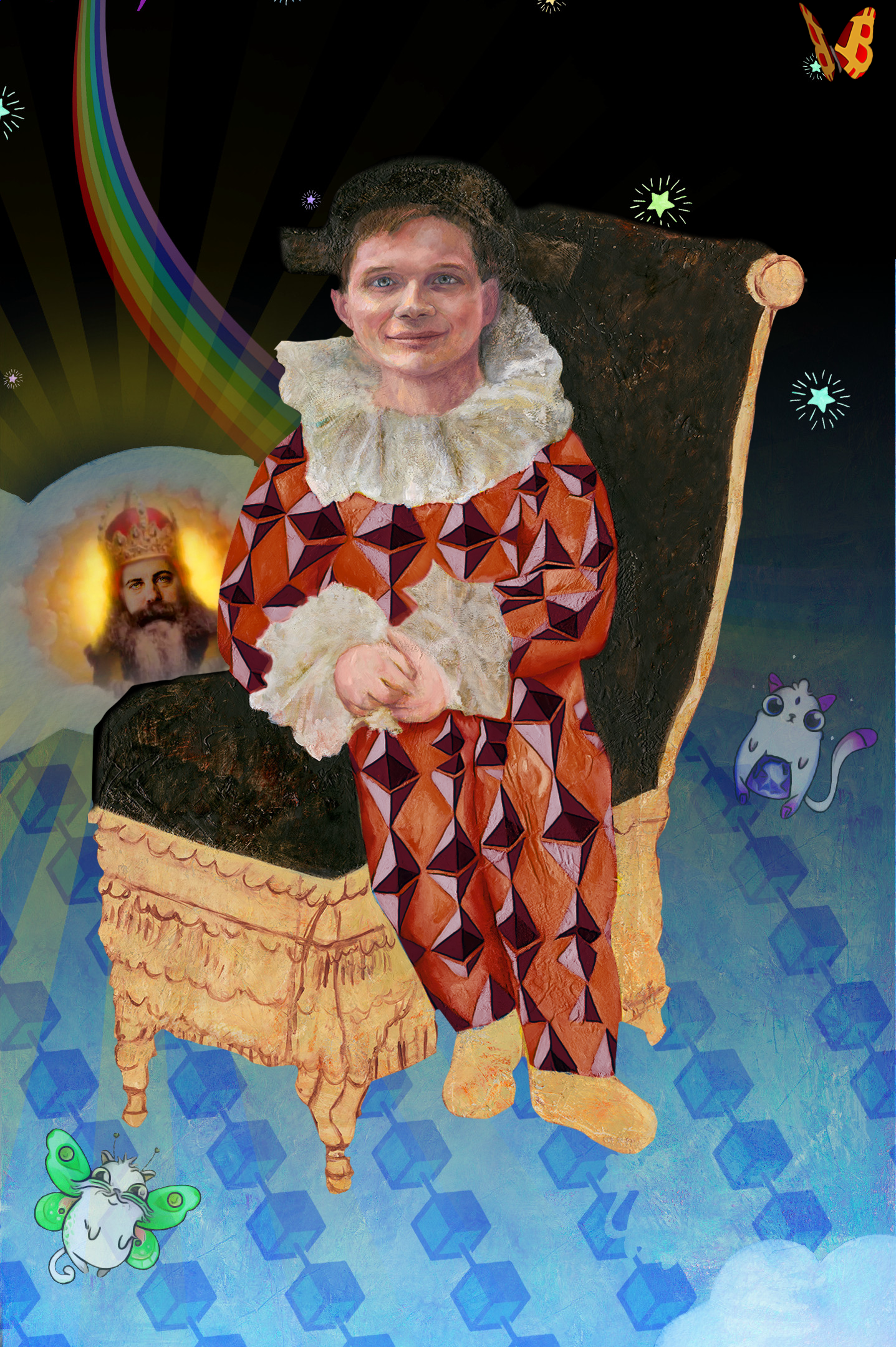 For the original registration of “EthBoy” (shown above), one can visit the async.art gallery. This Non-Fungible Token (NFT) owned artwork was created by Trevor Jones and the pseudonymous Alotta Money. While it is technically owned by @maxstealth, a quick Google search shows that “EthBoy” is currently hosted on several NFT galleries, and a number of social media accounts. Once this article is posted, our website will be added to that list. So, what does @maxstealth get for the 260 ETH (~$140k USD) which was paid for it’s ownership?

Copyright laws have been in place for centuries (since the 1700s) but we have not evolved much since. In fact, the NFT ownership of EthBoy is actually much more secure than most other content published in the world of 2021. Along with ownership comes the right to press charges if ever the likeness of this image is used inappropriately or without permission. (Don’t worry - we asked first!)

Copyright was invented when books were penned in ink, and seldom produced using even a printing press. The digital age has upended this paradigm by providing not only the means to copy anything, but the ability to distribute it anonymously and even profit from it with similar culpability. Prosecuting copyright infringement in the globally connected world is as unsustainable as a game of whack-a-mole, so rather than continuing to waste valuable resources on this ritual of continuous band-aid ripping, what if there was a better way?

Something that could never have even been imagined by the original creators of copyright rules is the ability to automatically filter and combine resources to build new forms of content. This fundamental vulnerability of digital media rights has led to the recent situation with local news being delisted from Facebook and Google in Australia. It’s just really hard to figure out how to fairly pay for using tiny pieces of information - how much should be paid, and where does the money come from?

The Value of Attention

It’s hard to imagine a world without mass media. We all know it existed at some point, but we’ve long forgotten what it felt like to be there in person. As newspaper, then radio, and finally television came into the fold, there was a continuous effort to produce provocative and engaging content, and there was a clear value to the platform and privilege of the attention which media created.

As the internet grew, existing media companies invested heavily, and those that did not were left behind. Unfortunately, while the local publishers of old-fashioned mass media were not necessarily trustworthy, they did at least have some level of accountability through the locality and reality of their position. Advertisements were usually short and tasteful, and paid handsomely for their positioning alongside actual content.

In the three decades since the creation of the world wide web, there has been a massive de-volution of the fundamental nature of knowledge. With the growth of Silicon Valley came rewards for anyone who could incite users (no longer readers) to engage. Technologies like “clickbait” and “clickholes” competed with news for attention, until journalists and publishers realized they had to compete to keep from going out of business altogether.

If you haven’t heard of Clubhouse yet, you probably don’t work in tech (and that’s okay)! The recent invite-only social media phenomenon has shown that there is an enormous value to providing quality content. So much so that for several weeks, most of the Twitter community were frantically competing to find the friend that could offer them an exclusive invite. This new platform had captured everyone’s attention, because there was a clear quality gap in the information marketplace.

Attention is a Lagging Indicator of Quality

As human beings, we survive (and thrive) based mainly on our ability to make good decisions. We make good decisions by gathering good information, and trying not to internalize untrue or unrealistic inferences about the world which we inhabit. As the portion of people using the internet grows (4.6 billion in 2020) we are now perpetually engaged in a form of information warfare. One thing which remains constant - the best content tends to shine. Clickbait works today, but tomorrow we will have learned from that mistake, and by adulthood, most people stop clicking ads almost entirely.

Influencer marketing has rapidly grown to be the most effective form of advertising, but has also been short lived. The question is, can we capture the value of information in another way? (Yes!)

The Koii Network rewards reliable content curation by rewarding creators that drive the most attention and engagement on the platform. Rewards earned from attention can then be spent to submit more content to the network, or to pay others to help curate information to ensure that viewers have the full picture, and thereby reduce clickbait and other forms of false attention signals.

When a piece of content is registered to the Koii network, it can generate rewards for up to 200 years, as long as it has traffic. This means that while clickbait and other ‘gotcha’ media can provide short term rewards, the ultimate value creation accrues to those who create content that can endure the test of time.

So, do NFTs have value?

As an example of how this kind of a system will work, we are announcing a contest to find the best content in the NFT ecosystem. This contest will run for 200 years, so don’t expect to see the winner any time soon. We are now offering a grant of up to 100 KOII for content creators and collectors who want to publish their NFTs to the Koii ecosystem. For each NFT registered, Koii will issue a Profit Sharing Token (PST) which entitles the bearer to a share of 1000 KOII tokens each day, proportionate to the amount of attention their art receives during the prior 24 hours. 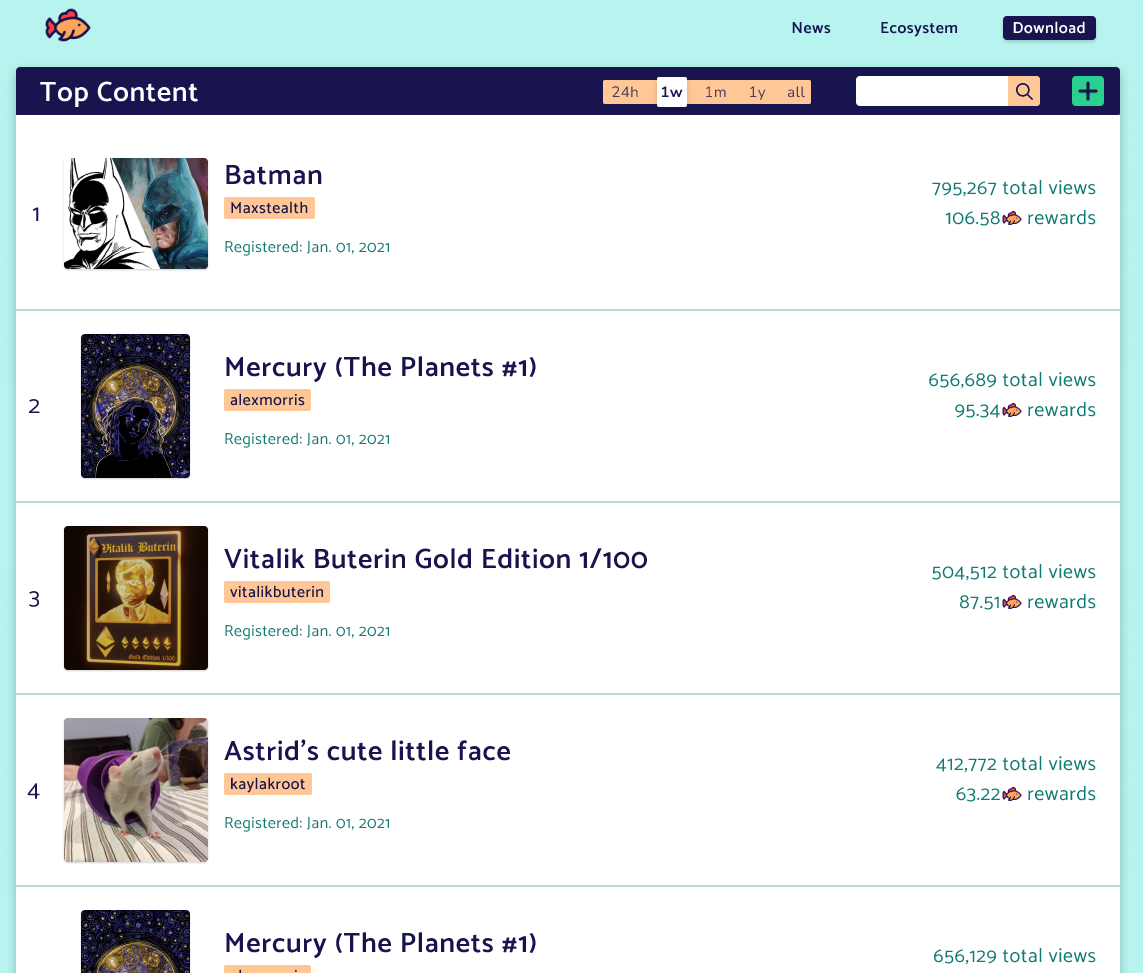 Owners of Ethereum-based NFTs will still retain ownership of their original digital assets, but will receive an additional asset which is transferable, and owns the rights to the future attention rewards stream (potentially hundreds or thousands of KOII). The team at Verto have kindly offered to facilitate this contest, and will support the trading of these ‘attention’ assets to allow for price discovery.

What are you waiting for?

If you’re an NFT creator or collector and you want to show off your stuff, consider this your chance to prove that your NFT is the coolest thing on the internet. Send us an email at support@koii.network and we’ll help you get set up.

The contest starts in two weeks, so don’t wait! Spots are limited.

Get the latest news right in your inbox. We never spam!

Koii is a protocol
Yield Farming for NFTs